Though Im gonna serve it on New Years and it is frozen in the meanwhile, so I didn't cut it yet, but seems like it should be good, the fragrance is tempting.

In a pan on some oil cook pieces of chicken(breast) until golden (apr.500gr). Set aside. On the same pan now fry 1 big onion.
In a bowl mix meanced meat (500g) with some smoked sausages, cut into small pieces. Add thyme, juice and zest of 1 lemon, handful of cranberries, some salt, pepper and I also used paprika. I put 1 apple (golden) cut into small squares.
In a greased springform put ready made layer of puff pastry, making sure it's enough to cover also the sides. Now put half of the meat inside, atop with chicken stripes and finish with meat again. Cover with another layer of pastry making sure there are not holes. Glaze with an egg.
Place into oven for 50-60 minutes. If you want you can freeze it after it has been cooled. 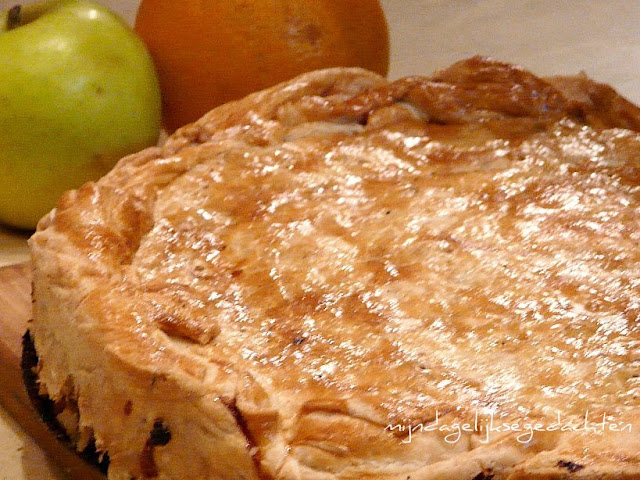 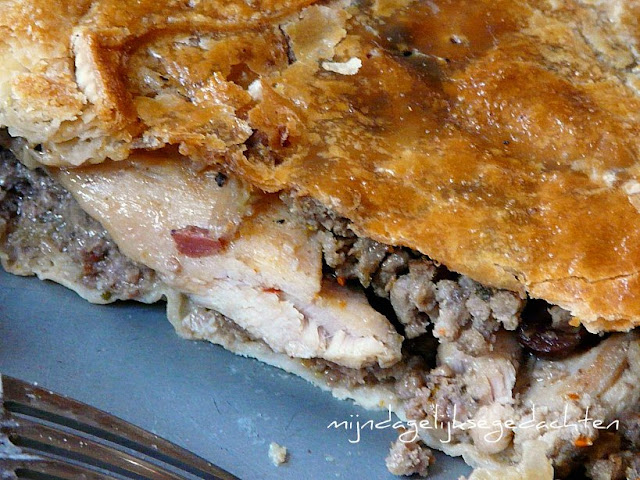 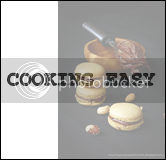