As a fan of Dutch cuisine and history, such recipes always awaken interest in me. This dessert was founded in old Dutch cookbook of Thomas Van der Noot of 1510. Of course, the recipe has changed through the ages. I tryed it (again, my version is a mixture of many looked through) and I liked it. It goes well with coffee especially.
You can use puff pastry instead of this, but since I don't like it, I substitute for mine. 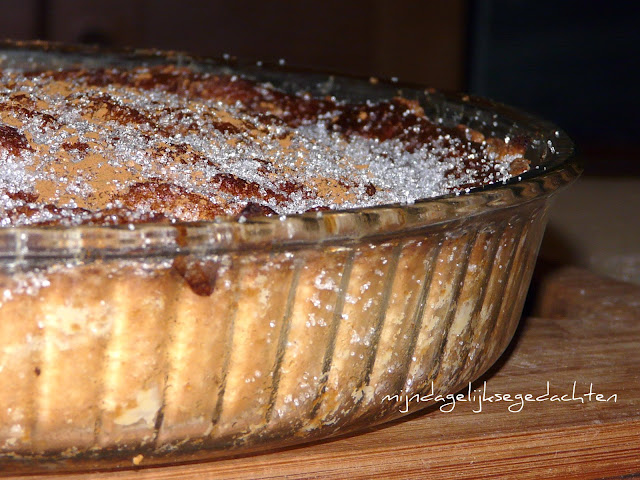 Make this dough using blender, spread it over baking form and make small wholes with a fork. Put it in frigde for 30 min. Then bake for 15-20 min at 185C.
Milk and cinnamon bring to boil, mix sugar, starch, flour and salt with a little cold milk and add to the pan. Stir. When it thickens, take away.
Add butter and set aside to cool. Then Beat yolks, mix in milk, after beat egg whites, mix.
Oven 200 C. Place the cake for apr. 20 min. Then lower to 175C and let it stand for 10 minutes. If it turns too brown on top, put water in a bowl in the oven.
When serving, sprinkle with cinnamon and sugar.
Eet smakelijk:) 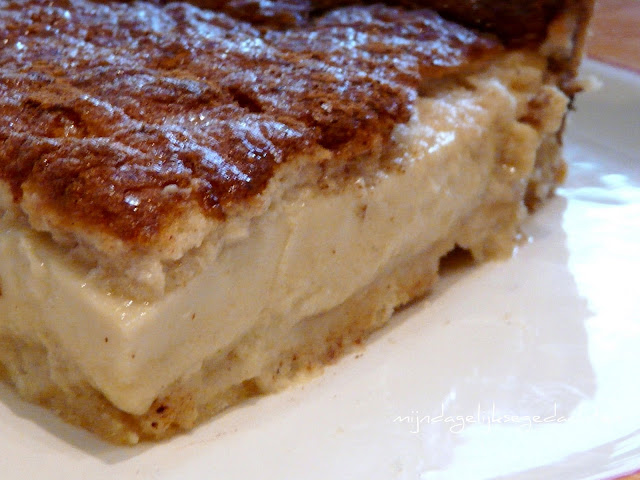